There was a ruckus online a few weeks back, caused by a traditionally-published author saying rude things about self-publishing. It was a naive and outdated argument:

So why does it matter when these myths re-emerge? Can’t we just ignore them?

Well, we could, since they’re about as real as this unicorn, but unfortunately they’re not nearly as pretty. They often hurt writers quite deeply, and can influence newbies towards career options that may not actually be the best ones for them and their particular goals in life. 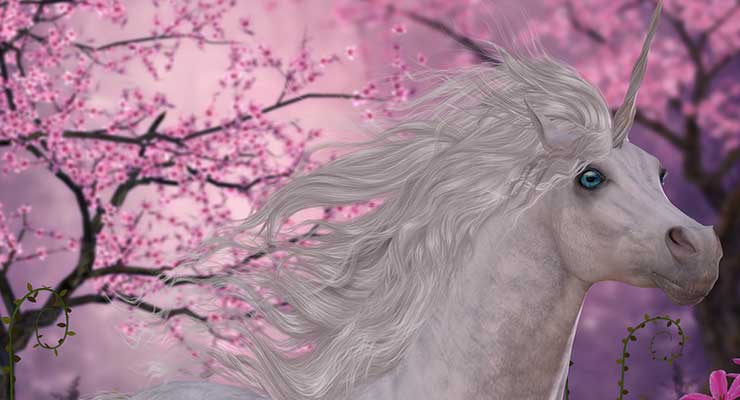 The particular piece I’m thinking of also contained a little snobbery. I confess I used to be a bit of a publishing snob myself. I frowned upon self-publishing done at anything less than a professional standard. I felt as though it dragged us all down.

I no longer believe that. The opera singer, the rock singer, the pub karaoke singer, and the off-key shower singer are all singers. The hobby artist doesn’t somehow demean Picasso or Van Gogh. They just have different goals.

There is of course a downside to the democratisation of publishing: stores like Amazon are crammed with so many books of so many standards that it makes discoverability harder for all authors. But there’s no changing that situation now.

My attitude these days? If it gives people joy to do a simple self-publishing job and share their writing with others, using technologies and distribution channels available to all, then why shouldn’t they?

I choose to live and let live. My website is still targeted at helping people achieve pro standards in publishing, but any writer with any goals who gets anything useful out of it is very welcome here.

Are publishers “gatekeepers”? – magical creatures pure of heart and piercing of eye, who stand in the gap repelling the unworthy, allowing only the best writers to proceed on the hero’s quest to reach reader’s hearts?

No, they’re business people. Ordinary human beings with mortgages and pets and food allergies. They have to try to figure out which books will make their company money.

And there’s nothing wrong with that. Books that make money keep people employed and feed families all down the supply chain from the publishing house to the bookstore, as well as entertaining and informing millions of readers. The labourer is worthy of his hire.

Some publishing people are better at the figuring-out part than others — they have an instinct for what the market wants to read. All of them have good days and bad days, like the rest of us.

But as for the idea of them as magical “gatekeepers”? All I can say is that the word “gatekeeper” reminds me of that crazy guy in the Monty Python movie guarding the Bridge of Death, who gets detonated when he can’t answer his own question. No one knows everything.

If the gatekeeper myth were true, surely no good manuscript would ever be rejected? A gatekeeper would admit into the kingdom ALL the books people wanted to read.

I’m sure you know where I’m going with this. Here’s a few examples…

We could go on all day with such stories. Clearly, some publishers have rejected books that quite a lot of people actually wanted to read.

You might say there were other books turned down 43 times that hardly anyone would have wanted to read, but my point still stands: one publisher’s dross is another publisher’s bestseller.

The 43 who turned down Dr Seuss might have made the right decision for their business at that time, or even a good decision for Dr Seuss. Perhaps his books would not have succeeded if he’d had a different publisher!

None of this sounds very gatekeeper-y to me — unless the only gate they’re guarding is the entry to their own particular patch of the kingdom.

The picture it calls to mind is a maze of tiny fields all cobbled together, with interlocking gates going in and out of each other’s territories. Meanwhile, all the indies and quite a lot of the readers are playing happily together out on common ground, oblivious to gates, fences or secret handshakes.

No, publishers are not gatekeepers, they’re business people.

Myth 2: If a book is rejected by a publisher, it’s garbage

As we’ve seen, the “it’s garbage” judgement is entirely subjective. Someone didn’t like it, but someone else might.

But even more fundamentally, “it’s garbage” is just one of many reasons a publisher might reject a book. For insider insights into why publishers turn down good manuscripts, check out this article by bestselling author and former Big Six editor, Ruth Harris.

Bestselling sci-fi author Dean Crawford suddenly branched out into self-publishing when things didn’t go according to plan with one of his manuscripts. He said,

“We sent it out to all the publishers, and they all loved it. I thought, ‘Here we go, big auction again. It’s going to be great.’ They all turned it down flat. And the reason was not because they didn’t like the book, it was because they were all looking for the next Gillian Flynn at that time.”

Read more of his story at Joanna Penn’s useful blog. In the first few months he sold that book to 15,000 people who apparently didn’t think it was garbage.

Publishers accept or reject manuscripts for business reasons. It’s naive to assume that a rejection letter means a manuscript has no worth.

Are publishers monsters, who set out to destroy the dreams of aspiring writers, keeping them from the success they so richly deserve?

We’ve all heard horror stories, but I suspect they’re unusual. They don’t remind me of any of the publishing people I know.

Many of them love literature. Some of them break their hearts over each beautiful manuscript they have to turn down. And some of them lie awake nights worrying that a book they reject might become some other publisher’s Dr Seuss.

But they have to be practical. If a book doesn’t fit their list, and they can’t see how they can sell it at a profit, they have to reject it or risk more livelihoods than their own.

Publishers are not monsters, they’re professionals doing the best job they can.

This has never been universally true, since there have always been some pretty awful publishers around, and some excellent self-publishers.

But it seems to be becoming even less true in recent years.

Publisher budgets are being squeezed. I’ve noticed a drop in quality in recent years, ranging from an unusual number of typos right up to much bigger problems. Have you? I recall one Big Five book so disjointed and unsatisfying that I began to suspect the editor had been forced to reduce the word count in a rush and had done so arbitrarily. I also know non-fiction editors who used to have a month to edit a complex manuscript, and now only get one week.

On the other hand, quite a few indies now take their publishing very seriously indeed. They work hard at learning their craft, and interact with teams of beta readers. They hire pro editors – sometimes the very same editors that used to work for the big houses before they got downsized – and pro designers. They find great satisfaction in marketing their work, interacting with readers, and exploring the possibilities of new technologies.

There are plenty of both low quality and high quality books in both publishing camps.

Myth 5: The big money is in traditional publishing

Some of the big money is in traditional publishing.

Some of the big money is in self-publishing.

And a lot of the small money is in both. The people making big money via either route are outliers. It might be nice to dream about becoming the next Stephen King or Hugh Howey, but it’s probably not wise to count on it when planning your mortgage payments.

Traditional publishing isn’t all stretch limos and caviar – far from it, in fact. Apparently, some of the books shortlisted for the 2015 Booker prize sold as few as 3,000 copies. 3,000 copies! The Booker prize!

And The Independent published an article about bestselling, award-winning Irish author Donal Ryan returning to his civil service job to feed his family. He said:

“You could take a chance and scrape a living through bursaries and writing books, but I’d get too stressed out. It just isn’t worth it. I have two kids in school and I have a mortgage to pay.”

Strangely enough, if you’re a mid-lister you stand to make a better income from self-publishing than from traditional publishing.

There’s a lot of reasons for this, but an important one is that indies are not constrained by the publishing, warehousing and distribution systems that force a trade-published book to either sink or swim in the first few months. Indies play a long game, their books are always available, and their readership grows year by year.

Kristine Kathryn Rusch, who has been successful in both traditional and indie publishing and writes an excellent blog to help others, puts it this way:

“As I’ve always said, the best advertising is the release of the next book. Indie writers capitalize on this. Traditional publishers do not. Often the previous books are out of print and/or hard to find when the new book comes out.”

She describes how an indie with a five-book series “can make what I call bestseller money—$100,000 per year or more—without selling more than 5,000 copies per year of [each] title.”

Of course, plenty of indies are NOT making $100,000 per year – but then neither are their traditionally-published colleagues. In early 2016, the US Authors Guild sent an open letter to the Association of American Publishers demanding better contract terms:

Their members tend to be traditionally published. A full-time income of $17,500?? Yep, mostly it’s small money, whichever way you publish. But the long-term financial outcomes for mid-list self-publishers can often be stronger than for their traditionally-published colleagues.

And obviously, money is only one of many reasons why writers seek to publish their books.

So, what should you do?

If you want to submit to literary agents and go the traditional route, go for it. If you want to self-publish and invest in your own long-term future as a writer, go for it. Both options are hard work. Both options can be fun. Don’t be swayed from your chosen path by ill-informed opinions. It doesn’t have to be a war. Let’s all respect each other.

What’s your experience been? Have any of these myths affected your writing life?