You are here: Home / Beta Readers / How to brief a Beta Reader for amazing results

I’m a big fan of beta readers, and especially of MY beta readers. Their feedback helped make my light memoir, Dogged Optimism, a hundred times better than the first draft.

Beta readers are the volunteers who critique our manuscripts during the writing and self-editing process. I use them all the time, not as a replacement for professional editing, but as a companion to that process. 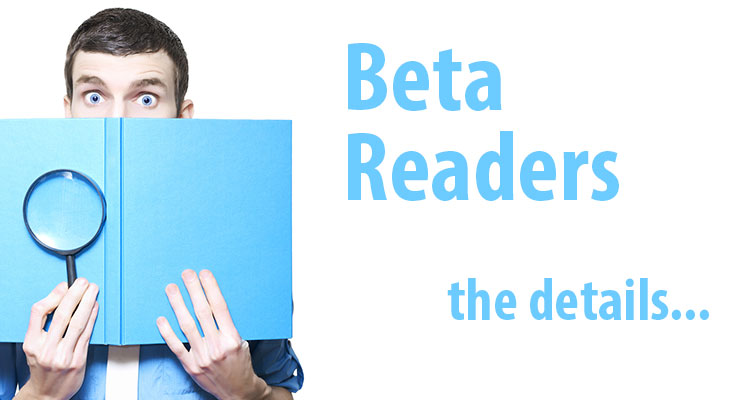 I love this quote from Margaret Atwood, who has won some of the world’s biggest literary prizes:

“You can never read your own book with the innocent anticipation that comes with that first delicious page of a new book, because you wrote the thing. You’ve been backstage. You’ve seen how the rabbits were smuggled into the hat. Therefore ask a reading friend or two to look at it before you give it to anyone in the publishing business. This friend should not be someone with whom you have a ­romantic relationship, unless you want to break up.”

Her “reading friend or two” are beta readers by another name. When I worked in-house for a publisher, we used our own version of beta readers, and many of the best writers in the world use beta readers.

Using beta readers doesn’t make you an amateur. On the contrary — it’s a sign of a professional writer.

This post is part of a series of articles on beta readers. You can find the others by clicking here.

The difficulty with beta readers…

Two of the biggest causes of bad beta reading experiences are:

2. not giving them enough guidance about what we want.

So today I’ll show you how I briefed my own beta readers for this most recent project.

But I’ll put it in the context of how I chose the people in the first place.

Right at the start, let me say that I do NOT have the whole beta reader thing sewn up. I keep learning each time I do it, even despite 20 years as a developmental and structural book editor.

BUT I’ve been refining my own process in the past couple of years, and I want to share those learnings with you in the hope they’ll help you get a better result, too.

In an earlier article, I talked about the time I spent building relationships with a range of specialist beta readers  for my mystery/thriller Poison Bay.

I don’t generally ask complete strangers to beta read for me. Some people have had success with strangers, but it’s not for me. 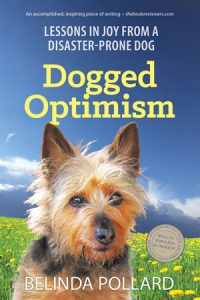 I had to assemble a different beta team for the memoir, because it’s in a different genre. It’s called Dogged Optimism: Lessons in Joy from a Disaster-Prone Dog, and it’s non-fiction – a light memoir, but with glimpses into some of the sadder moments that occurred during the dog’s long life.

It started out as a series of amusing anecdotes about the dog’s various catastrophes, but as I wrote I discovered that I couldn’t tell her story without telling some of my own story. And so it got a bit deeper and broader. I couldn’t find a way to write it without mentioning some very difficult moments, such as the sudden death of my father. It was a struggle to know how to include that stuff in a mostly-humorous book. I was concerned as to whether I was going too far/not far enough with those elements, so I was vitally interested in the feedback my betas could give.

It’s also a particularly Australian story, full of our wildlife (especially the dangerous critters), the way we live and the things we talk about. I needed international feedback so that my book could retain its Down Under flavour without becoming unintelligible to people from other countries.

TIP: Think about the bigger issues surrounding your book and how it fits into genre expectations and the global publishing environment. Whether it’s a novel or non-fiction, each book will have its own complications. How do those issues influence who you might ask as a beta reader, and what you might ask them to do?

I won’t mention names here, but that’s only because I don’t want my delightful beta readers to have a thousand people hammering on their door tomorrow asking for a beta read! (I have, however, honoured them in the front of the book.)

I invited 6 people with these characteristics:

TIP: Social media does lead to genuine and sometimes strategic friendships, but in my experience it takes time to build the relationships that generate quality beta reader exchanges.

TIP: Is it possible that you’ve known someone for ages who might be a good beta reader, but you just haven’t thought of them yet?

I was working to a very tight schedule, with an editor booked and the goal of a pre-Christmas release. I could only offer my beta readers one week to get their report back to me, which is incredibly fast. They are busy people doing me an enormous favour. And it takes a lot of energy to read and respond to a manuscript.

So I invited 6 people – more than I’d usually ask – in case not everyone had time to give me a report.

All 6 did in fact get back to me (what absolute heroes!). Several gave me shorter reports than they normally would, due to the time constraints, but between the 6 we covered all the issues I needed to discuss.

There was a difference of opinion among them regarding one key point of the manuscript. Having a broader range of reports helped me to weigh that issue in a more balanced way.

TIP: If you ask a few extra people, you’re still covered if they’re not all able to respond in time.

TIP: If there’s an important aspect of your book that is troubling you, consider inviting a few extra beta readers so you get a better cross-section of reactions.

My schedule kept slipping. I kept updating my beta team with an ETA on the manuscript. I tried to make it as easy as possible for them to say no if the new timing didn’t suit them. I set up a group email so I could send out a notification quickly while in the hair-tearing phase of manuscript completion, but I also apologised for the impersonal nature of the group email each time I did it.

TIP: If you are on a tight deadline, keep your beta readers posted when you first realise your schedule is going to slip. If you let them know in time, they may be able to rearrange things.

I put together a series of questions in a two-page Word document and emailed it to each one with a personal message (no impersonal group email this time!).

I tried to construct the document to:

I set it up as a table in a Word document, with a row for the question and then another row for the answer.

Click here to see the list of questions that I sent to my beta readers. Feel free to use it for inspiration in writing your own questions.

Two of my beta readers typed their responses into the Word doc. The rest wrote their responses in a separate format, but followed the general list of my questions. Some answered all the questions; some only a few. I was pleased they felt free to take their own approach to it.

I’m not inclined to prescribe a list of questions every author should ask their beta readers. Each book, author and beta reader is unique and every project has different strengths, weaknesses, threats and opportunities. In fact, it can be useful to do a quick S.W.O.T. analysis of your book to help you decide what questions you need to ask.

These are some topics you can think about mentioning:

I strongly suggest that you ask if they’d be willing to provide a comment – one or two sentences – that you can use in your marketing. I didn’t do this with my first book and I wished I had. Other people’s opinions really do matter to book buyers, and this is your ideal opportunity to get marketing quotes ahead of publication.

I received amazing feedback from my beta readers. It challenged me, showed me possibilities, encouraged me, and empowered me so I produced a much better book in the rewriting phase.

It has also made me a better writer, and I’ve seen it improve other writing careers too. To find all my tips about beta readers in one easy-to-read package, check out my book Use the Power of Feedback to Write a Better Book.