You are here: Home / Book Marketing / Book Promotion: Should you appear in your book trailer?

Usually, you won’t see an author appearing in their own book trailer. But sometimes it’s exactly the right thing to do.

Book trailers are like the movie trailers you see at the cinema before the feature, except they’re about a book… a 2-4 minute teaser, designed to pique the curiosity of an audience. They can be made for both novels and non-fiction books.

Book trailers most commonly appear on the web, although sometimes you’ll see them in other contexts as well. 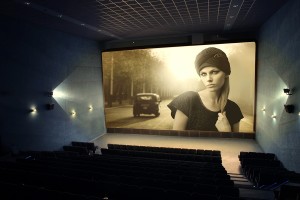 Because words on a page don’t exactly create a visual feast (!), directors of book trailers find other ways to represent the imagery of the book. Some use actors, some use animation or photos or graphic concepts. Some book trailers cost tens of thousands of dollars to make or even more. Some are made with an iPhone in the backyard!

It’s rarely a good idea for an author to appear in their trailer, but I’ve got two examples here of author appearances that work. See if they help you decide whether you should appear in the trailer for your own book.

This book is an exploration of the spiritual aspects of healing, with lots of personal stories, told by a senior medical specialist. (I worked with Ern in the book’s developmental stages.) Take a moment to watch the trailer and we’ll talk about it below.

This author appearance is effective, for the following reasons:

1. Getting to know the author is an important part of this particular book

Nine minutes past midnight is essentially Ern’s personal story of how as a young, rigorously scientific doctor he was confronted with a medical miracle that science and logic could not explain. It altered the course of Ern’s life and career, and also set him on a quest to talk to other doctors about their experiences of divine intervention in their work and lives — including those times when the miracle doesn’t happen.

The primary strength of this book is Ern’s willingness to reveal his inner thoughts — including doubts, fears and failings — to the reader. It feels ‘right’ that we get to see him in the trailer. It helps us trust his honesty.

If you’re writing non-fiction and it’s deeply personal, this could be a reason for you to appear in your trailer.

2. This author does a good job in front of a camera

Ern is a public speaker with many years of experience, which stands him in good stead when looking down the barrel of a camera.

How comfortable and confident are you in front of the camera?

3. It creates positive synergies with the author’s platform as a speaker

Ern is building a respected reputation as a speaker in the general area of wellness for business people. To appear in his book trailer builds two-way ‘brand recognition’ between his speaker and author roles.

Would it be a good business decision for you to appear in your own book trailer? Is there a way it would enhance other aspects of your work or writing career?

What if you’re writing a novel? Surely it’s never a good idea for a fiction author to feature in their book trailer!

This was a book trailer I stumbled upon via Twitter, and it led me to discover a new author (new to me, that is) and even buy a book I wouldn’t have expected to buy (an incident that I blogged about over on my author blog).

Take a look, then scroll down and we’ll talk about it below.

The shower cap and the outrageous punchline would play a big part in the 28,000 views this one has had, of course. 😉

But what can we learn from it for our own trailers? Against all the rules, this appearance by the author works, because it actually shows us a lot about what we can expect from the book, without seeming to do so.

It’s hard to imagine a book trailer of this type working for a book that didn’t have humour as a key element. My novel Poison Bay is about a bunch of people who hike into the wilderness and start killing each other. 😉 I could make a book trailer with me climbing a mountain and talking about it, but I would probably end up looking ridiculous (even if I wasn’t trying to!), which might be fun but doesn’t exactly promote the spooky themes of the novel.

What about your novel? Would it lend itself to a book trailer starring YOU?

Other articles on how to use video:

Can you think of how a fiction book trailer could feature the writer, and still work? Or is this Machine Man book trailer a one-off? Have you seen other examples where a novelist appearing in their book trailer has worked?

What about non-fiction? I’d love to see examples that you think are successful.

Join the discussion in the comments below (scroll down).