You are here: Home / Memoir & Personal Story / Writing memoir: Truth, fiction or something in between?

If you’re writing memoir, you’ve made a good choice. Along with vampires and zombies, it is a genre du jour. People love to read the lives, struggles and joys of other real people, when they are told with honesty and energy. 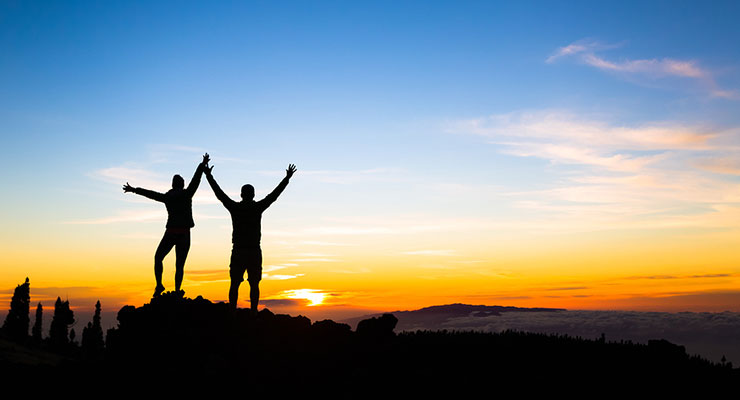 Multi-award-winning Aussie author Kristina Olsson delivered a 3-hour masterclass on Memoir at the Brisbane Writers Festival, and I was one of the lucky 25 who booked early enough to secure a place!

Only the night before, Kristina had received the prestigious 2013 Queensland Literary Award for non-fiction for her book, Boy, Lost: A Family Memoir. It’s about the child who was stolen from her mother before Kristina was born, and the pain that has cascaded down through subsequent generations.

I was motivated to sign up for the class not only for your benefit, dear reader, but because I am writing a memoir myself. It’s based mostly on amusing anecdotes about my disaster-prone dog, so I wondered if a Serious Memoirist like Kristina would have anything useful to offer a trivial writer such as myself, who really just wants to have fun. 😉

Because she is also a journalist, a creative writing teacher, and a mentor to post-grad writing students, I figured the odds were good that I’d get something out of it, and I wasn’t disappointed.

Before I get into the article itself… 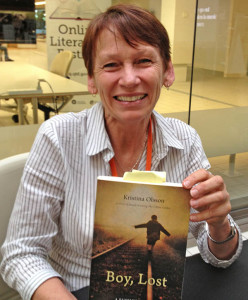 This interview is only 9.5 minutes/4.6MB, and it’s all content, no filler. It has some overlap with the information in this article, but is not simply a repeat. Kristina answered these questions in the audio:

Have you ever noticed that every witness to an event describes it differently? How can we get to what really happened in our own life stories, especially when those events may have happened many years ago?

“You’re charting your way through all the versions of the truth,” says Kristina, “and this is your version of the truth.”

We need to accept that others may see it differently. And yet, she urges us to always strive to get as close to the truth as we can, and to be a narrator our readers can trust.

Kristina’s own memoir describes scenes at which she was not present, and the only participants are now dead. She did a lot of interviews and research before writing, to ensure those scenes were as loyal to the truth as they could possibly be. She spoke to people who knew the participants, and gathered as much background and insight as she could.

She even went to the hometown of her mother’s violent first husband, in an effort to understand him. “It became important to me to work out what formed him as a person, and what made him do that to her.”

Memoir is creative non-fiction, which means that it uses the techniques of fiction: character, scene, dialogue. But it isn’t fiction.

“What we don’t do with non-fiction, even creative non-fiction, is make it up,” she says. “We reconstruct it.” We can alert the reader to how much is missing by using statements like: “in my head, it happened like this.”

Kristina recommends “footstepping” — going back to the places where things occurred — to help bring memories to life.

She also suggests being open about the things we can’t remember, e.g. “I can’t remember anything else about that place, but I can remember this… and this is why.” She says there are things we don’t remember for a reason, and finding that reason can be part of our story.

Even with her own personal memories, Kristina had discussions with her siblings, to see how their memory intersected with her own. She discovered that “we develop our own form of amnesia about family history” — it’s our way of coping with the past. She had put a happy glow over many childhood events, but her siblings were able to identify some of the inaccuracies.

Be fearless — with the first draft!

Kristina advises fearlessness in writing the first draft. “Tell yourself: no one’s got to see this except me. Write a first draft without any self-censoring. Write everything unsayable down. Write all the hidden things.”

Then, put it away for a couple of months, and come back to it. Then you can see more clearly what should and should not be said in public.

Kristina had some tips for writing those very painful memories:

As for the horrible things that other people might have done to you, Kristina says, “Call things for what they are, but try really hard not to judge. Let the reader judge.”

But she urges us not to whitewash our own actions, to try to make ourselves appear blameless. “You’ve got to be as tough and rigorous with yourself as you are with everyone else.” See if you can get inside the person you were then, rather than reframing the events with the benefit of hindsight.

Kristina strongly recommends reading really good memoir, to give us inspiration for how to write our own memories with greater skill and passion. These are some of the books that were mentioned.

Running in the Family, Michael Ondaatje — about his eccentric Sri Lankan family by the author of The English Patient

Madness: A Memoir, Kate Richards — living with psychosis, told from the inside

Fierce Attachments: A Memoir, Vivan Gornick — a woman’s lifelong battle with her mother for independence

Tracks, Robyn Davidson — a young woman’s (frequently hilarious) odyssey through the Australian desert with a dog and four camels

Dress Your Family in Corduroy and Denim, David Sedaris — a collection of essays showing the absurdity teeming beneath the surface of ordinary life

Muck: A Memoir, Craig Sherborne — humorous memoir about his family’s move to the country when he was a teenager. Kristina says this one is really funny and expertly written.

And a book on the process of writing — Kristina says this one is especially excellent, even though it’s about scriptwriting.

What I’m going to do differently

What about you? Are you writing a memoir? Or do you long to write it, but feel like you need someone to give you “permission”? Tell me your stories about this topic. I love to hear from you.