You are here: Home / Self-Editing / Proofreading our own work: Overcoming ‘autocorrect’

I’m always saying how hard it is to proofread our own writing. In fact, in my professional life I won’t even proofread a book I’ve edited. I advise my clients: You need a fresh set of eyes for the final stage. It’s good industry practice. None of the publishing houses I’ve worked for, even small ones, have allowed the same person to edit and proof the one manuscript.

But there are those situations where we do need to proofread our own writing, if only before submitting it to someone else. How can we increase our accuracy?

In WQ, the magazine of the excellent Queensland Writers Centre, I read an intriguing article about the brain science behind this thorny problem… and some possible solutions!

I tracked down Alison Quigley, author of the article, and she has generously agreed to share it here on my blog. 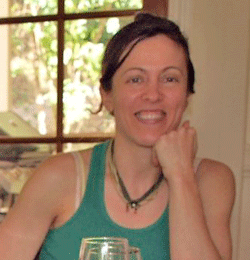 Alison is an award-winning short story writer and secretary of the Sunshine Coast Literary Association. She has a creative writing master’s degree from the University of Queensland and is writing a novel about schizophrenia set in Brisbane in the 1970s. Her manuscript, with the working title In Two Minds, has attracted an ASA mentorship, a Varuna retreat, and a Varuna PIP-Random House fellowship.

You’ve written the story of a lifetime. It’s going to win the next Bridport. Champagne corks will pop; relatives will phone.

The sense of euphoria from a job well done lasts till the next morning, when you read what you submitted the day before and notice a big fat copy error. Somehow, a crucial noun in your opening paragraph isn’t there, and without it the sentence makes no sense.

The frustrating thing about this fiasco isn’t that you were careless, but that you made this mistake despite hours of careful proofreading.

Perhaps you’ll berate yourself for being stupid, but before you go too far with self criticism, take a moment to reflect on the complexities of proofing. To some extent we all suffer proofing ‘blind spots.’ Even the most accomplished authors struggle to proof their own work.

So why is it so hard to be a perfect proofreader? Does it owe to simple lapses in concentration or is there something more fundamental going on here – something to do with the way our brains are wired to read?

The things writers talk about over lunch

Questions like these come to my attention when I’m dining in a cafe overlooking a car park on the Sunshine Coast. It’s a warm June day, and I am here with Steve Reilly, an award-winning short story writer who has been judging a local writing competition for the Sunshine Coast Literary Association.

As we tuck into our omelettes, the topic turns to proofing. “I’ve got to confess,” Steve says, “that I’m not one of those writers who can do one single edit, checking everything at one read over. I have to edit for one thing – then move on to the next. So I have a hit list of things to look for.”

I’ve seen his work and I’ve been impressed by his clean copy, so I ask him if there are any proofreading tricks he might want to share.

At first Steve pulls no surprises. “There’s no point proofreading something that will have to be removed later on. Get rid of the big errors before you fix the smaller ones.”

Online advice is similar. The University of Wisconsin’s The Writer’s Handbook says there’s no point making corrections at the sentence and word level if we still need to work on ideas, concepts, structure and characterisation. When you’re considering your work at a sentence level, be sure to eliminate unnecessary words, especially adjectives and adverbs.

The University also tells us we should:

What the eye doesn’t see, the heart still grieves over!

Steve surprises me by striking out in a different direction. “Now this is not something I’ve read,” he cautions, “and I’m no expert on the brain. But it has always puzzled me how we could miss whole words when we read our own work. And I discovered the answer’s in the way we re-read something we’ve just written. My theory is that on a second read, the brain skips across the words, using them only to remind us of what we think we wrote. So it’s actually inserting words that simply aren’t there.”

It’s an interesting theory, but what’s the use of a theory if it doesn’t help fix the problem?

“Ideally,” says Steve, “you would put your work aside for long enough to allow your brain to forget what you think you wrote. But sometimes you can’t. The story must be handed in tomorrow. So the trick is to disguise the copy we’ve written as some other piece of work. Suppose the text is written in Times New Roman. Select the text and change the font. Make sure the font is something completely different. A font you rarely use. Really difficult to read. That way, your brain sees this as new text and treats it as if it’s foreign.”

Making it hard to read

At home, I select a sentence from Steve’s work and convert the font from Times New Roman to Blackadder ITC. The transition is certainly different enough.

There’s no doubt about it – Blackadder font demands more careful reading. I have warmed to Steve’s reformatting idea, but before I promote it to a wider audience, I want to know what the brain scientists say about his theory on the process of re-reading.

Online, I seek out articles on neurophysiology. In a Guardian article Why do we make mistakes? Blame your brain, the original autocorrector, journalist Yuka Igarashi writes, “A normally functioning human sails blithely past errors in a text while understanding perfectly what it means. We see what it’s convenient to see.”

Yuka’s observation is backed up by journalist and author Kathryn Schulz. In her book Being Wrong, Kathryn says our brains do this because our eye has a blank spot – a part of the eye where the optic nerve passes through the retina and blocks the reception of visual information. We don’t see these blank spots because our brain continually and automatically corrects the problem.

The book provides examples of how our perceptual processes are founded on filling in gaps and leaping to conclusions. Our understanding of colour, for instance, is contextual. We automatically adjust for shadows, mentally lightening the objects they fall on. We automatically correct for mistakes without being consciously aware we’re doing it.

Yuka’s article discusses what this means to editors. When you’re proofing, he says, you need to be able to look at words in a way that goes against everything your brain would naturally do when it looks at words.

Yuka says, “For my own work, I rely mostly on a constant and blanket distrust of my eyes, alongside a series of convoluted psych-outs to keep myself from reading as a normal person would. I’ll move a ruler down the page line by line so that I don’t skip ahead. I’ll read text aloud and backwards; I’ll look at pages upside-down. Then I’ll give my work to someone else – or rather to four other people – to read. After that I’ll open it up on the screen and run a couple of spell checks on it for fun. And then I’ll read it again.”

Yuka says there’s no one trick or program that guarantees we’ll catch all the mistakes in our work. Instead, there are a handful of good tricks we can play on our brains and sometimes the computer can help.

Here’s where Steve’s advice comes in. Reformatting is one of many techniques that proofreaders can use to overcome the brain’s natural tendency to auto-correct. Steve’s reformatting technique may not appeal to everyone, but it’s certainly worth considering if you don’t have the luxury of revisiting your work after a few days’ break.

“In the end,” says Yuka, “there’s no switch…to turn off the wildly interpolative, inaccurate, imaginative text decoder built into our systems, which is of course what sets us apart, for the time being and for better or for worse, from our machines.”

To err, it seems, is to be human. Maybe we’ll make a proofing mistake or two – but who among us would sacrifice an important aspect of our humanity to become a perfect proofreader?

Who indeed?? Thanks Alison for an article that challenges us to think differently about proofreading.

My response to Alison’s article…

There were several places where I found myself trying not to shout “Hear, hear!” in this article:

And some new ideas via Alison’s article that I’m thinking I might try:

What about you? Have you got any tricks and tips to share, about how you’ve managed to increase your accuracy in proofreading your own work? And for those who are proofreaders by profession, any tips to share with writers?