Do you ever struggle with your and you’re? Do you know when to use there, they’re and their? What about it’s and its? Do you use the apostrophe in “it’s a nice day” or in “the planet had it’s own gravitational force”?* Now, I know you’re getting a teensy little headache just thinking about this, but stay with me, there will be prizes later. You can win the spelling wars, without bloodshed. 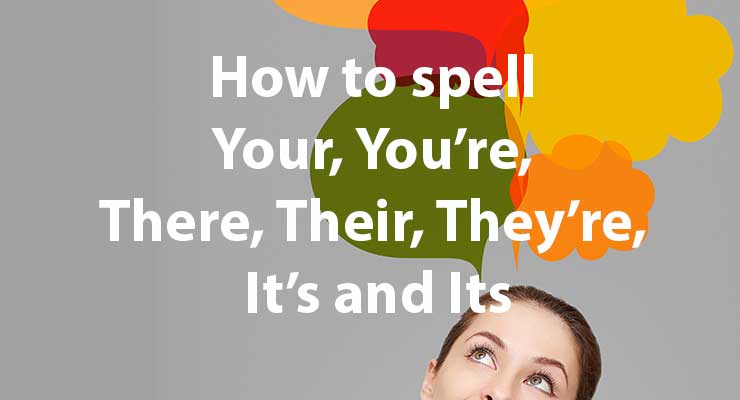 Why does the spelling of these stupid little words matter?

Having been a structural and developmental book editor for more than fifteen years, I know perhaps better than many people that there’s more to life than spelling. I’ve been in the spelling trenches, so to speak, and I wouldn’t want to live there. But even if you want to zero in on purely publishing concerns, spelling still isn’t the be-all and end-all. With non-fiction writing especially, content is much more important than small issues of form. A cracking good how-to book full of fantastic ground-breaking ideas is unlikely be rejected just because the author has the odd spelling glitch. Spelling, we can fix. So, when the Spelling SAS are massing in their flak jackets, you’ll more likely find me having a nice hot cup of tea.

But if you want to be a writer, it does matter that you can spell these words. Here’s why:

Ensure your credibility and your long-term career success by taking a few minutes to get these tricky little suckers right, in your books as well as your blogs.

But isn’t it difficult?

No. Not any more. You can do it. Here’s an easy chart.

These two silly little words have only three letters each and yet they punch far above their weight, apparently breaking all the rules and reducing grown writers to tears of frustration. But they will not defeat you.

The reason it confuses us is this: we see the “s” on the end of the word and immediately think about it like a noun. With a noun, the “s” would make it plural (“three dogs”) or with an “apostrophe-s” it would be possessive (“the dog’s dinner bowl”). But “it” is not a noun.** Shake that idea out of your head, and suddenly it becomes clear…

So, don’t let the little words gang up on you. They’re not as mean as they seem.

What about my prize? You said there’d be prizes

The prize is being a professional and reliable writer, with good and growing credibility, who doesn’t have to pay their editor too much. What greater prize than that? Congratulations!

* The first one is correct. “The planet had its own gravitational force” is possessive and has no apostrophe. But you knew that, because you read the whole article!

Check out these articles:

What are your experiences with spelling these vexatious little words? Do you have a special technique for remembering which is which?